MY NAME IS LUCA 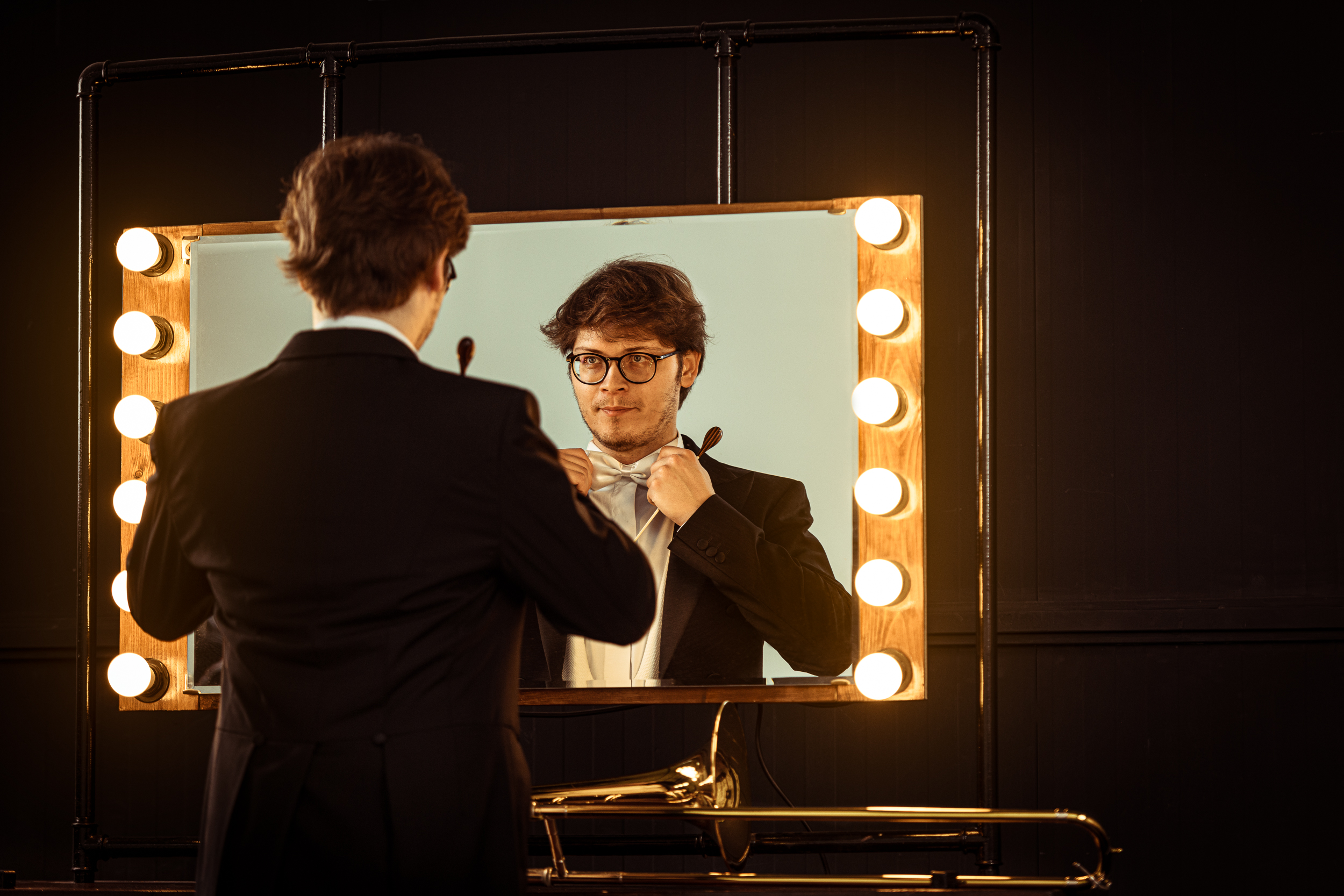 Luca Ballabio accomplishes his studies in orchestra conducting with a Master Degree under the guidance of maestro Marc Kissoczy and maestro Arturo Tamayo at the Conservatorio della Svizzera Italiana in Lugano (CH), where he studies also composition, score reading and orchestration.

He specializes in the opera repertoire through courses and masterclasses with maestro Riccardo Muti (Le Nozze di Figaro – RMOA 2019) and maestro Daniel Oren.

From 2018 to 2020 he is appointed assistant conductor of maestro Sesto Quatrini, assisting him for the productions ofTosca, La Boheme, Madama Butterfly and La Traviata at the Lithuanian National Opera and Ballet Theatre in Vilnius.

In august 2021 he debuts at the renowned Rossini Opera Festival in Pesaro, where he conducts Il Viaggio a Reims in the historical setting by Emilio Sagi, claiming great success from the critics and being defined as a “talented young conductor that shows complete mastery both of technical and dramatical sides of the work”.

In November 2021 he is engaged as cover conductor in the new production of Norma at La Monnaie Opera House of Bruxelles.

He made his debut within important national festivals and concert seasons, above all Serate Musicali, in the renowned Verdi Hall in Milan, Reate Festival and Viotti-Valsesia International Violin Competition.

Starting from the 2021/2022 season he begins his tenure as Music Director of the Filarmonica Ettore Pozzoli, with whom he cooperates regularly since 2016.

In September 2022 he is co-founder together with maestro Carmen Santoro, internationally renowned vocal coach, of the FEP Specialization Course in Operatic Singing (for singers and repetiteurs) which allows him to collaborate with artists such as Michele Pertusi, Gregory Kunde, Paolo Bordogna, Carmela Remigio.

Luca Ballabio begins his musical studies by achieving with the highest score his master degree in Music Performance (Trombone) at the Hochschule für Musik und Theater “F. Mendelssohn Bartholdy” in Leipzig, under the guidance of Thomas Leyendecker (Bass Trombone of Berlin Philharmonic Orchestra).